I will be performing in the Centre Stage concert series in February. The following works will be premiered:

‘It sounds an isochronism.’  (2015), solo piano and  fixed-media electronics

To Rave in a Fifteenth-Century Discotheque from another Time Entirely.  (2015), solo string instrument and fixed-media electronics

The concert will also feature work from other female composers, details of which can be found on the following poster (photo by Cormac Ó Callanáin). 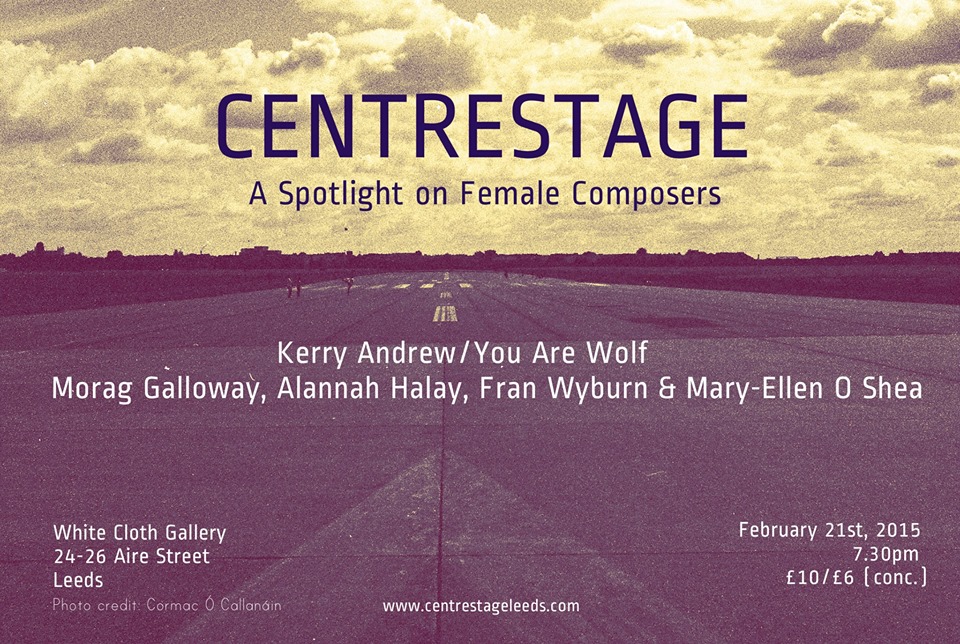 Highlights from the concert can be heard here:

5) Kerry Andrew as You are Wolf